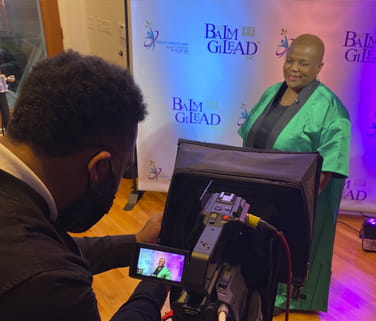 Sharpening the Focus on Supplier Diversity and Health Equity

Amgen commits to doubling supplier diversity spend by 2023 as it builds more external relationships with advocacy groups in the context of health equity.

The video sent shockwaves throughout the U.S. and beyond, sparking widespread and massive protests. The video became a focal point for injustice. For systemic racism. For the need to change.

Amgen CEO Bob Bradway was so troubled by the video, he met with African-Americans in the company. He listened. Then he wrote a message to the entire staff outlining his commitment to promote diversity at Amgen.

“In recent days, I have begun a series of discussions with leaders in our organization and in our communities about the concrete actions we can take to address the inequalities faced by people of color in our society,” he wrote. “I am encouraged that there are fresh actions to take and progress to make. The time is right and the moment is now for all of us at Amgen to do our part in setting a new standard.”

Before the year was up, Amgen announced that it would join OneTen, a Coalition to hire 1 Million Black Americans over 10 years and the Amgen Foundation donated $7.5 million to social justice causes. In addition, there is ongoing work to improve the diversity of its clinical trials.

And there has been renewed efforts to push to explore how the company might better integrate with diverse communities when it comes to serious illness–and how it can also bolster Amgen’s supplier diversity efforts.

Today, many large companies have these programs. But a renewed focus has come through greater emphasis on diversity, inclusion and belonging efforts prompted by the killing of George Floyd.

Supplier diversity is about being a good corporate citizen, and it is our social contract with the communities in which we live and operate. We have to ensure our buying power is generating economic opportunity for disadvantaged and underrepresented communities. It’s not only a moral imperative, it’s a business imperative as well.
— Venkat Yepuri, vice president, Global Business Solutions and Strategic Sourcing

Historically, Amgen has had success promoting small diverse businesses (e.g. women-owned businesses) and mentoring their leaders. But there is more work to be done.

As conversations around the importance of supplier diversity accelerated following the killing of George Floyd in 2020, shareholders from Newground Social Investment approached Amgen to discuss its activity in the area of racial equity and those conversations turned to the company’s aspirations for its supplier diversity program, including how it relates to Black-owned businesses.

As part of these discussions, members of the company were inspired to establish new aspirations for supplier diversity and for its support of Black-owned businesses—and to establish goals around these areas for 2021. Furthermore, in connection with these conversations, Amgen has established an aspiration to double its supplier diversity spend by 2023, and triple its Black-owned business spend, in the U.S.i These complemented already existing efforts at the company to bolster diversity, inclusion and belonging efforts.

We are very pleased to work with Amgen in the establishment of a new set of supplier diversity goals and are encouraged about the impact this effort will have on Black-owned businesses. Incorporating programs like this into an expanded framework of how companies can serve a larger purpose, given their unique resources and place in the world, exemplifies an important shift in how large organizations should operate.
— Bruce Herbert, founder and chief executive at Newground Social Investment

World Wide Technology, a St. Louis-based Black-owned business, provides Amgen with technology services, which have become increasingly important amid the COVID-19 pandemic and the reliance on Webex for remote workers unable to be in the office. Amgen has used the firm for over a decade.

“Amgen was our first pharmaceutical company on the West Coast. Today, our relationship continues to grow thanks to Amgen’s corporate values around doing business with minority-owned companies,” Arnold said. “Every company we do business with is important to us because the knowledge we gain helps us do business with other companies in that industry.”

Companies run by women are also a point of emphasis and Ashita Nayak, executive director of marketing at Amgen, saw potential in a small woman-owned, Pennsylvania-based firm called 2nd Spark as having a fresh perspective on how to talk to nurses about Amgen’s products.

Instead of a lecture hall and dry PowerPoint slides for the nurses, how about a video thanking them for their work with bright, easy graphics showing what they accomplished and what still needed to be done?

“The way we did the speaker series before was very static,” Nayak said. “They blew up the way we did things and made it more compelling for our customers.”

“The results were dramatic.”

A video was made of nurses doing work in the field, helping patients with a clear thank you from Amgen to kick things off. Nayak said some of the nurses in the audience teared up. “It was very emotional,” she said. 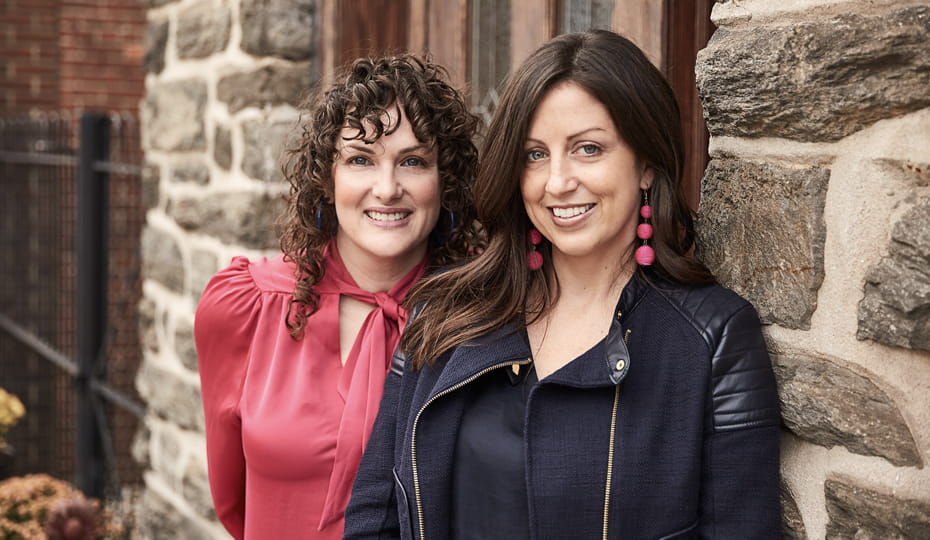 Julie Kenney (left) is the co-founder of Pennsylvania-based and female-owned marketing firm 2nd Spark along with Beth Crouse (right). The company has worked with Amgen on producing and presenting conferences in recent years. Photo courtesy of 2nd Spark.

Nayak said 2nd Spark brought a warm approach that emphasized a personal, human approach – a key point of emphasis for the firm, according to the firm’s co-founder, Julie Kenney.

“We’ve often had senior managers who really lobby their directors to try 2nd Spark when a project needs a fresh perspective or a different touch,” Kenney said. “We’re able to complement what they’re getting from a big agency and support the long-term patient relationship.”

The push by Amgen to further diversify its supplier and contractor portfolio is expected to be even larger going forward.

Moghbeli said it not only makes the company stronger, but it aims to achieve a loftier goal: Make the world healthier as well.

Integrating more with diverse communities had been discussed before the Floyd killing—and efforts began to address this issue in 2020.

In November, Amgen became a first-time sponsor of the 7th Annual Healthy Churches 2030 National Conference through the faith-based non-profit Balm in Gilead, an organization focused on prevention of diseases and improvement of the health status of people of African descent.

Amgen Advocacy senior manager Willis Steele said he saw an opportunity to tap Balm in Gilead after seeing their effective outreach in multiple myeloma, which has hit the African-American population especially hard with Blacks getting it at a rate of more than twice that of whites and Hispanics and more than three times the rate of Asians, according to the U.S. Centers for Disease Control.ii

“I knew Balm in Gilead had a great track record of working within the faith communities,” Steele said. “That’s because they understand that in the African-American culture, they really listen to what the faith leaders say. It’s like Gospel.”

Founded more than three decades ago by Dr. Pernessa Seele, Balm in Gilead began bridging the world of science and medicine with the African-American community through leaders in churches and mosques – notably when the HIV/AIDS was reaching epidemic levels.

Back then, there was a barrier – separating disease from behavior. Balm in Gilead was able to get preachers, pastors and imams to talk about the disease, how to prevent transmission and connect the community with medicines as they moved from clinical trials to market.

Balm in Gilead projected that their conference attendance would triple this year. The Amgen team felt this was an opportunity to present their new disease state awareness campaign, “Even the Odds,” which focuses on the African American community and multiple myeloma. Steele agreed, and Amgen became a key sponsor.

Dr. Seele from Balm in Gilead said one of the goals was to expand diversity in clinical trials and to make sure communities of color aren’t left behind when it comes to advancing cures or treatments that affect African-Americans.

“This was our seventh year of bringing people together to talk about where public health and faith connect,” she said. “To bring access to the population who have had history of health disparities. Who wouldn’t want to do that?”

As a company focused on serious illness, Amgen’s work to build relationships in diverse communities to increase health equity and disease awareness—especially about diseases that may disproportionally impact a particular group—is ongoing. And when it comes to supplier diversity, with new targets set, the journey continues. 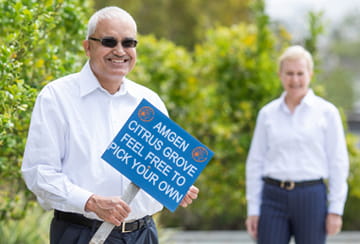 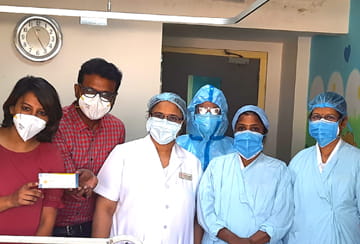 Amgen Stands With PhRMA to Increase Diversity in Clinical Trials